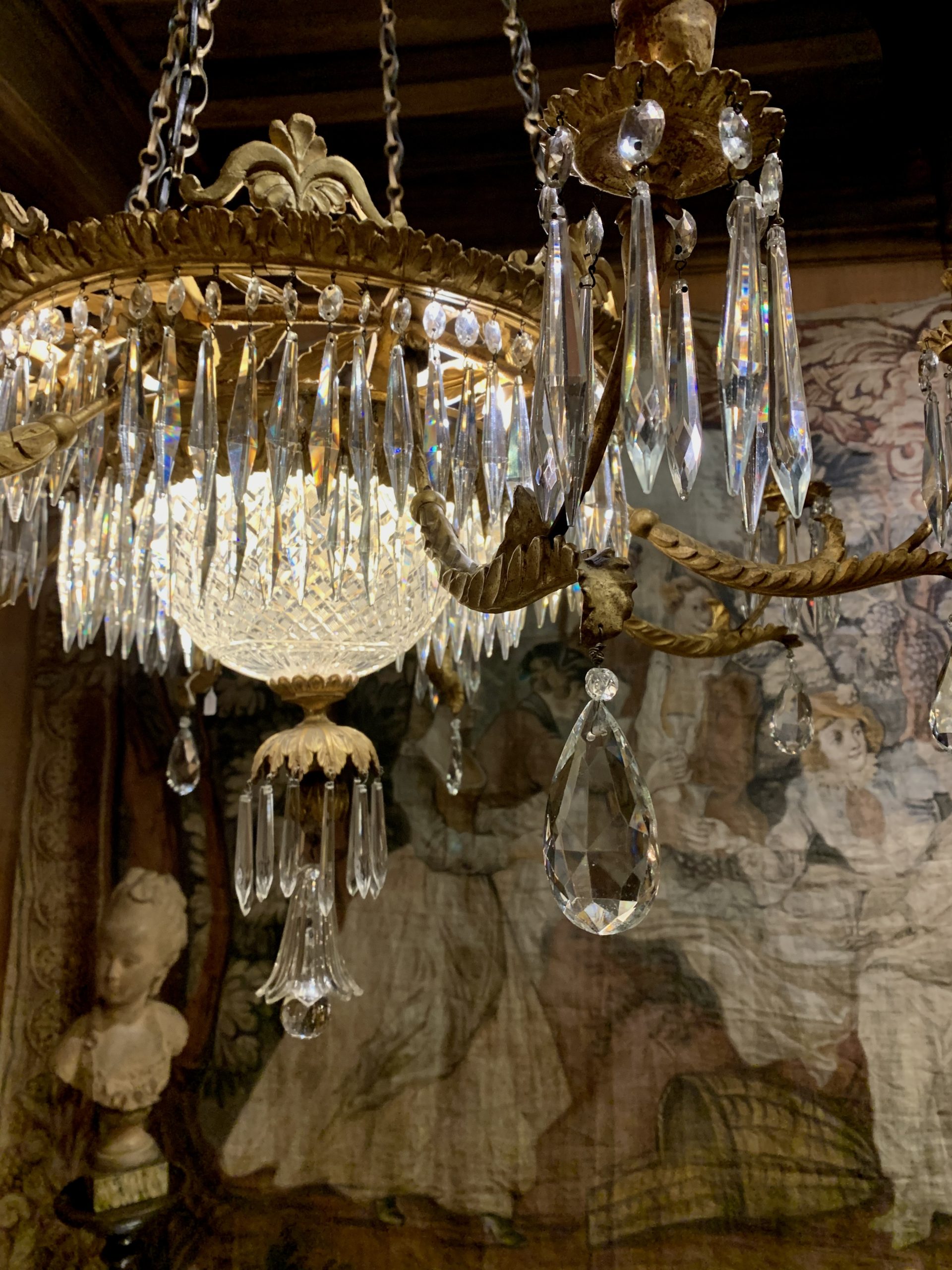 Chandelier with 4 lights and 8 candles, cut crystal cup, carved and gilded wood, egret motifs on the upper part, crystal pendants, electrified to standards.
The “Lucca style”, a mixture of the Empire and Tuscan style, owes its appearance to Elisa Bonaparte, Napoleon’s little sister. Élisa ruled the Principality of Lucca and Piombino, created by Napoleon, between 1805 and 1814. In 1806, he attached the Duchy of Massa and the Marquisate of Carrara to the possessions of his sister. Napoleon defined her as the best of his ministers, before a clear deterioration in their relations from 1811. Élisa used the style and method of her brother in introducing French laws and institutions into the principality and reorganizing administrative, bureaucratic and judicial structures. She is the only sister of Napoleon to have possessed real political powers. Passionate about the arts, she encouraged them in the territories over which she reigned, her great influence is also found in the so-called Lucca furniture, always in great demand.
Circa 1820
Lucca, Italy 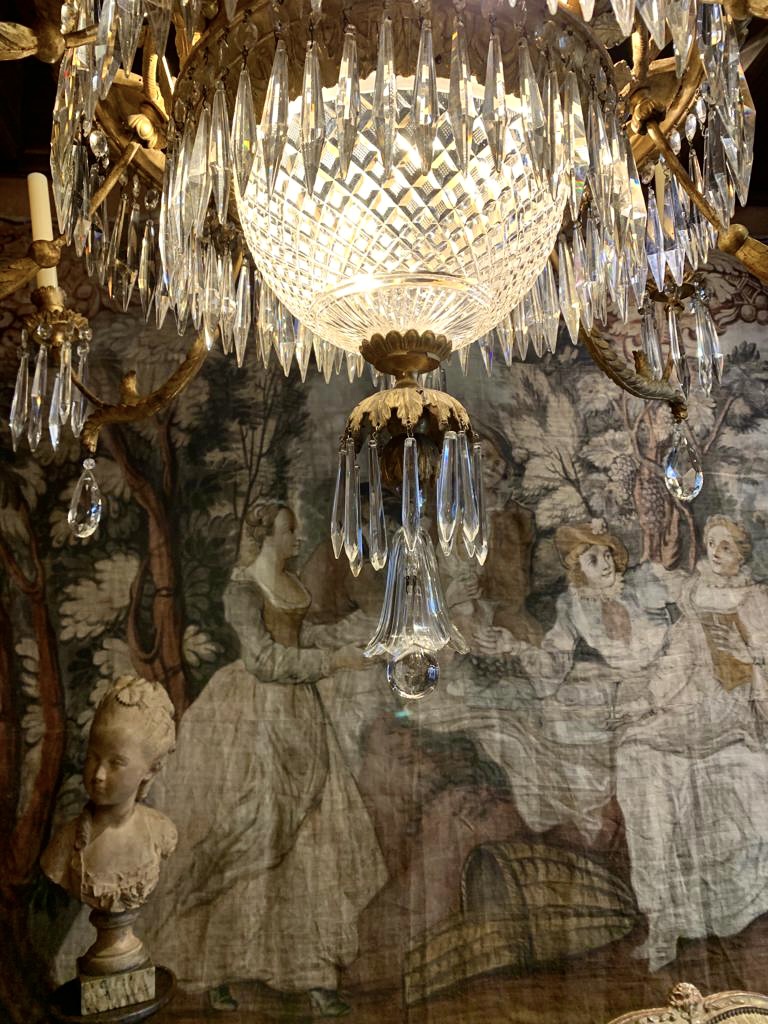 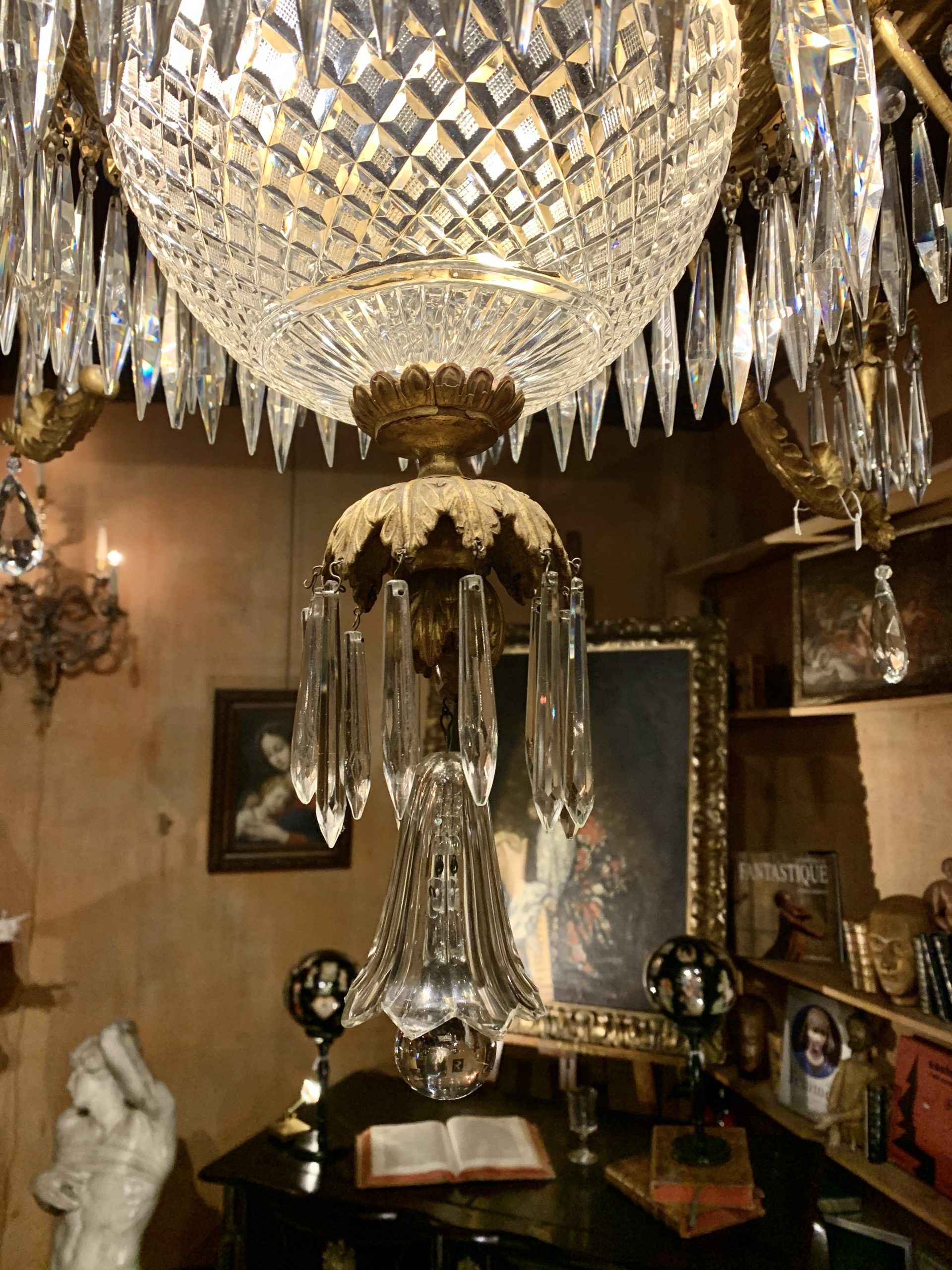 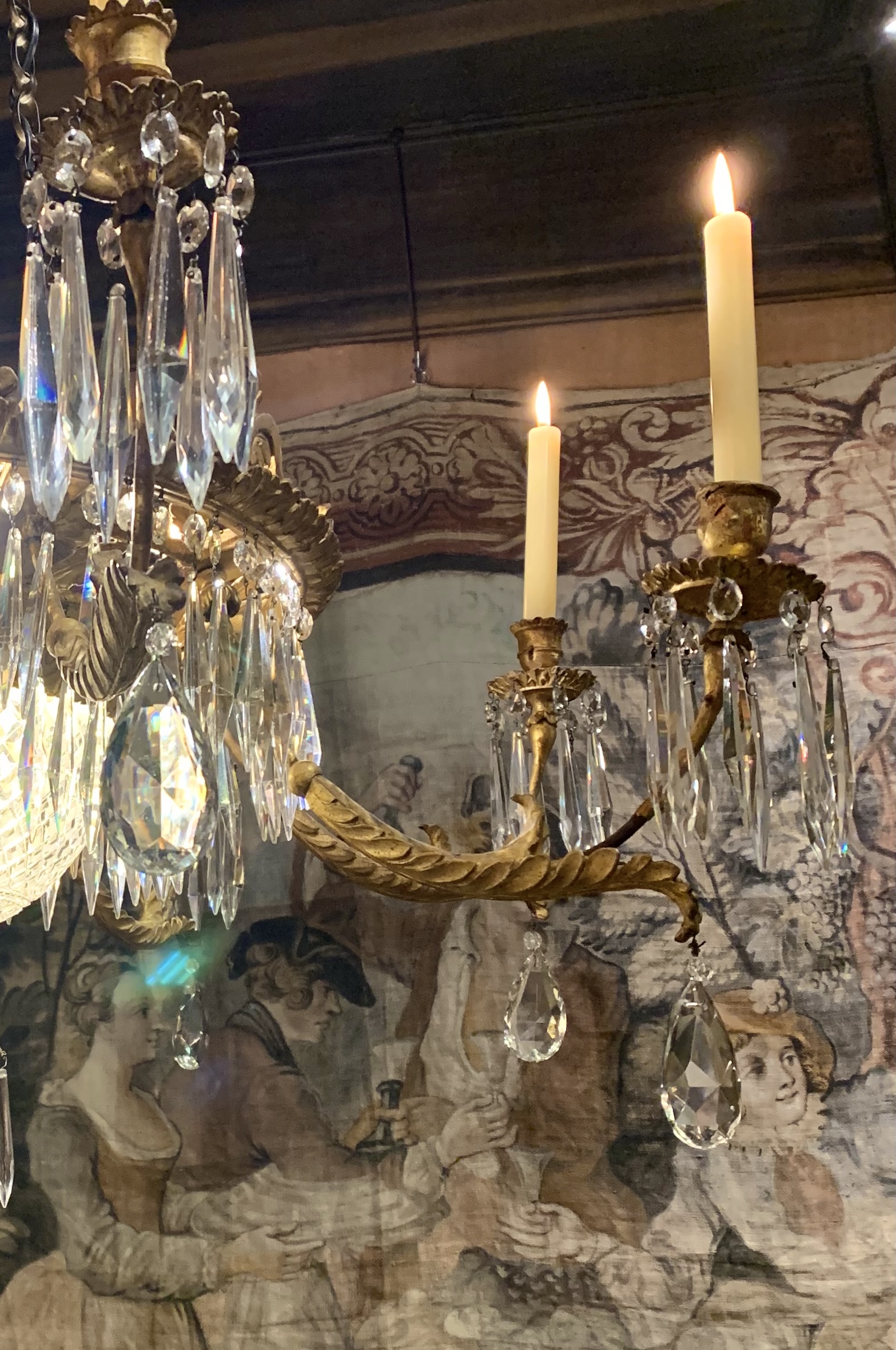 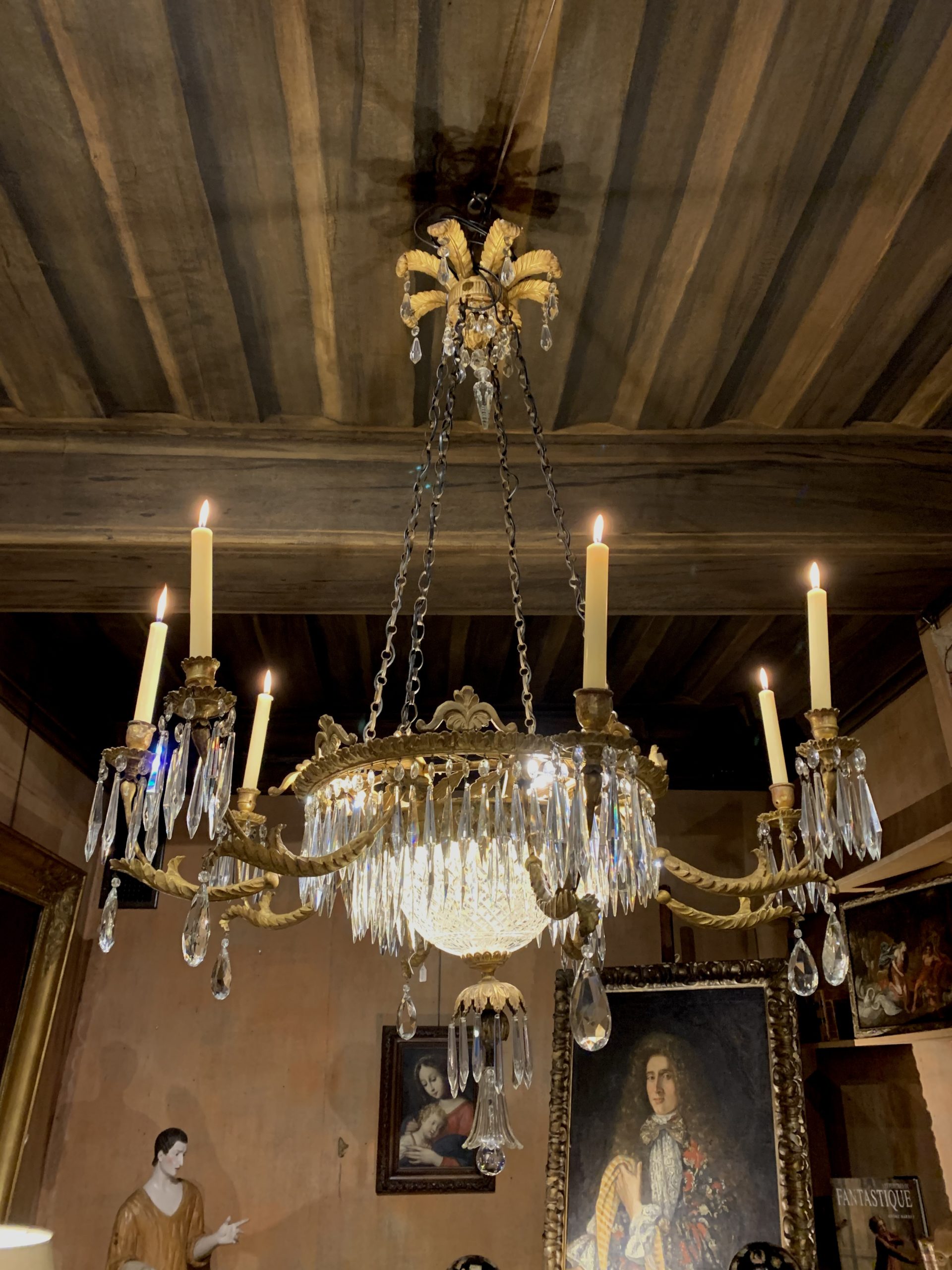 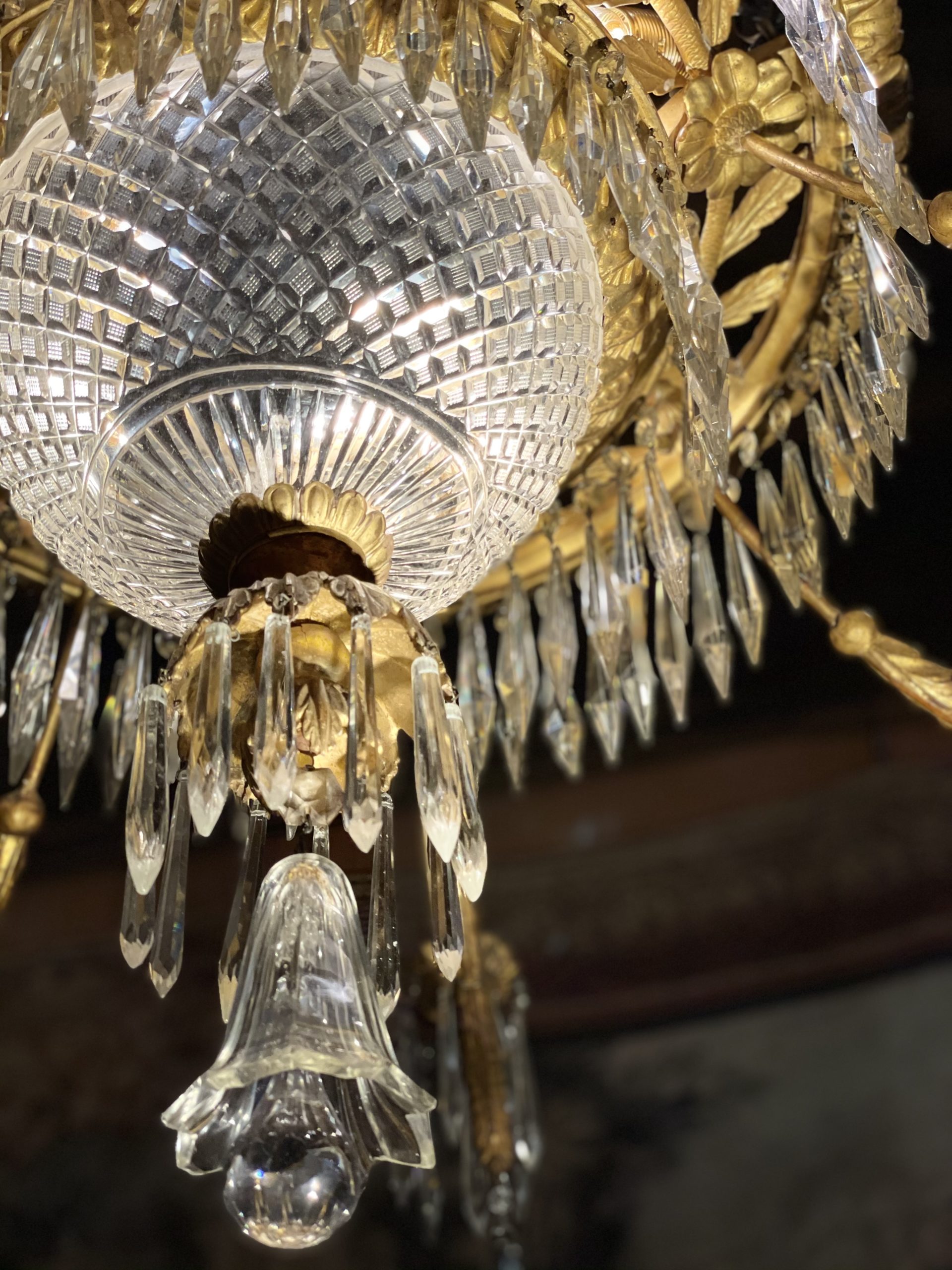 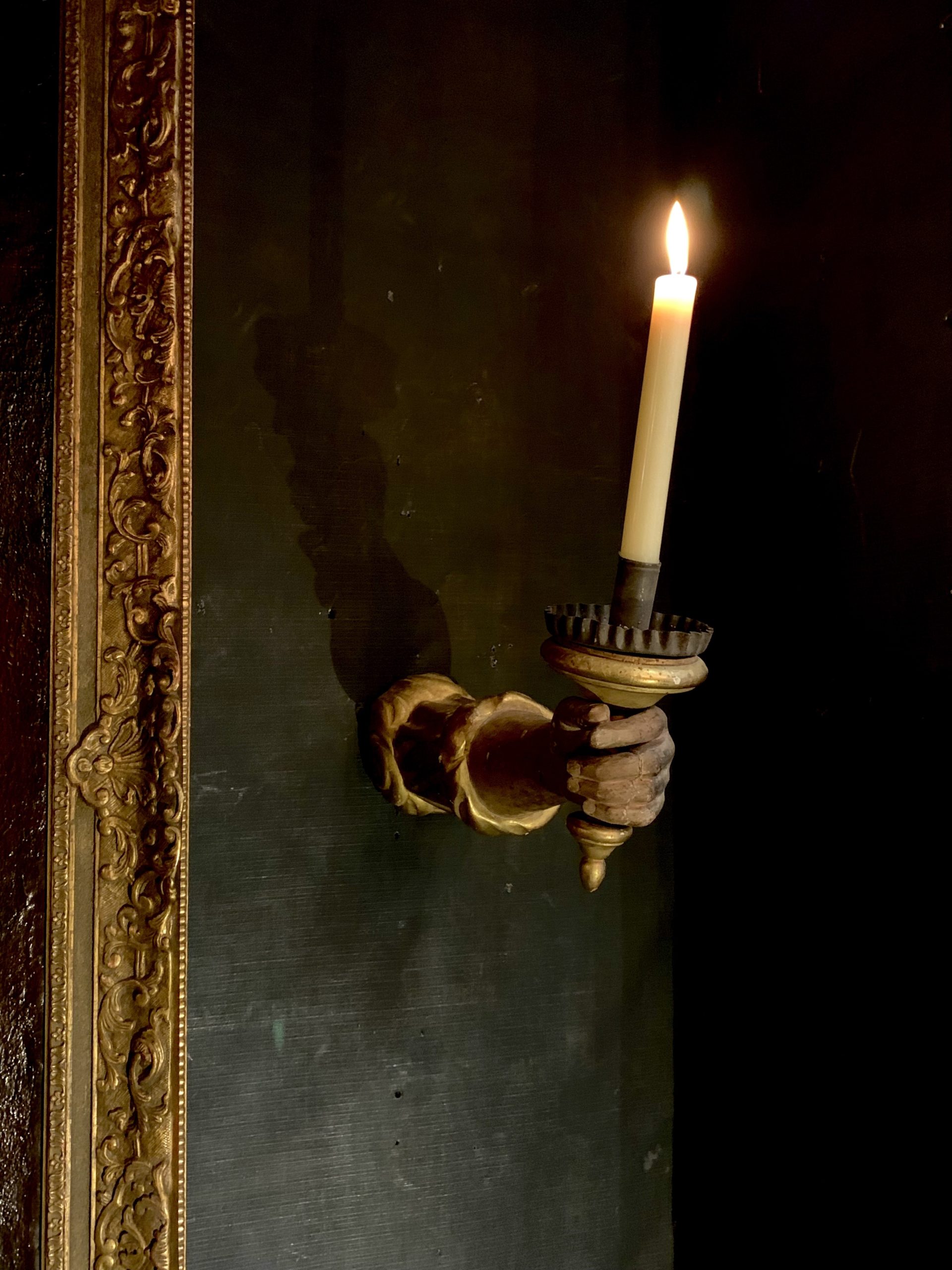 Pair of arms of light 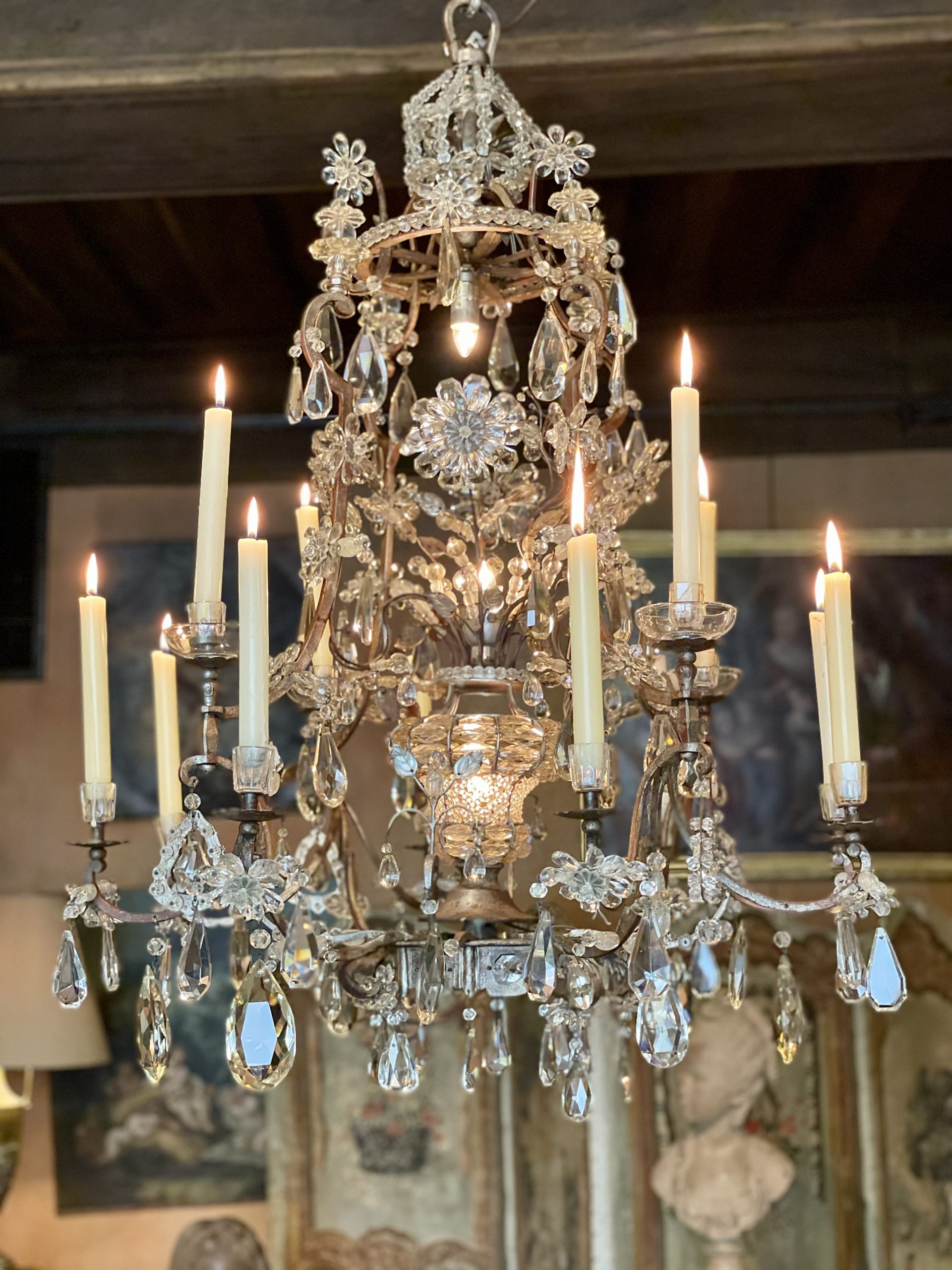 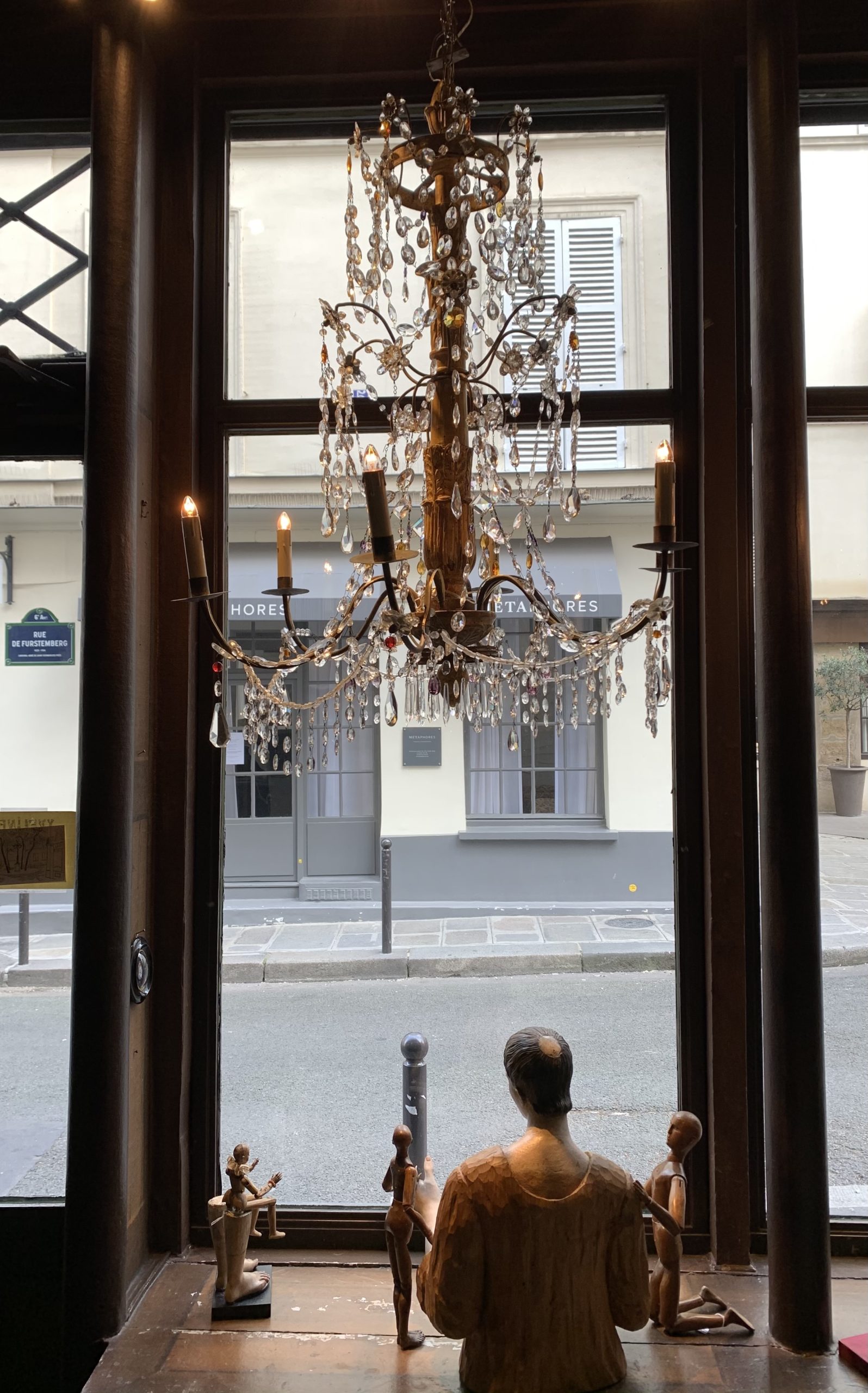 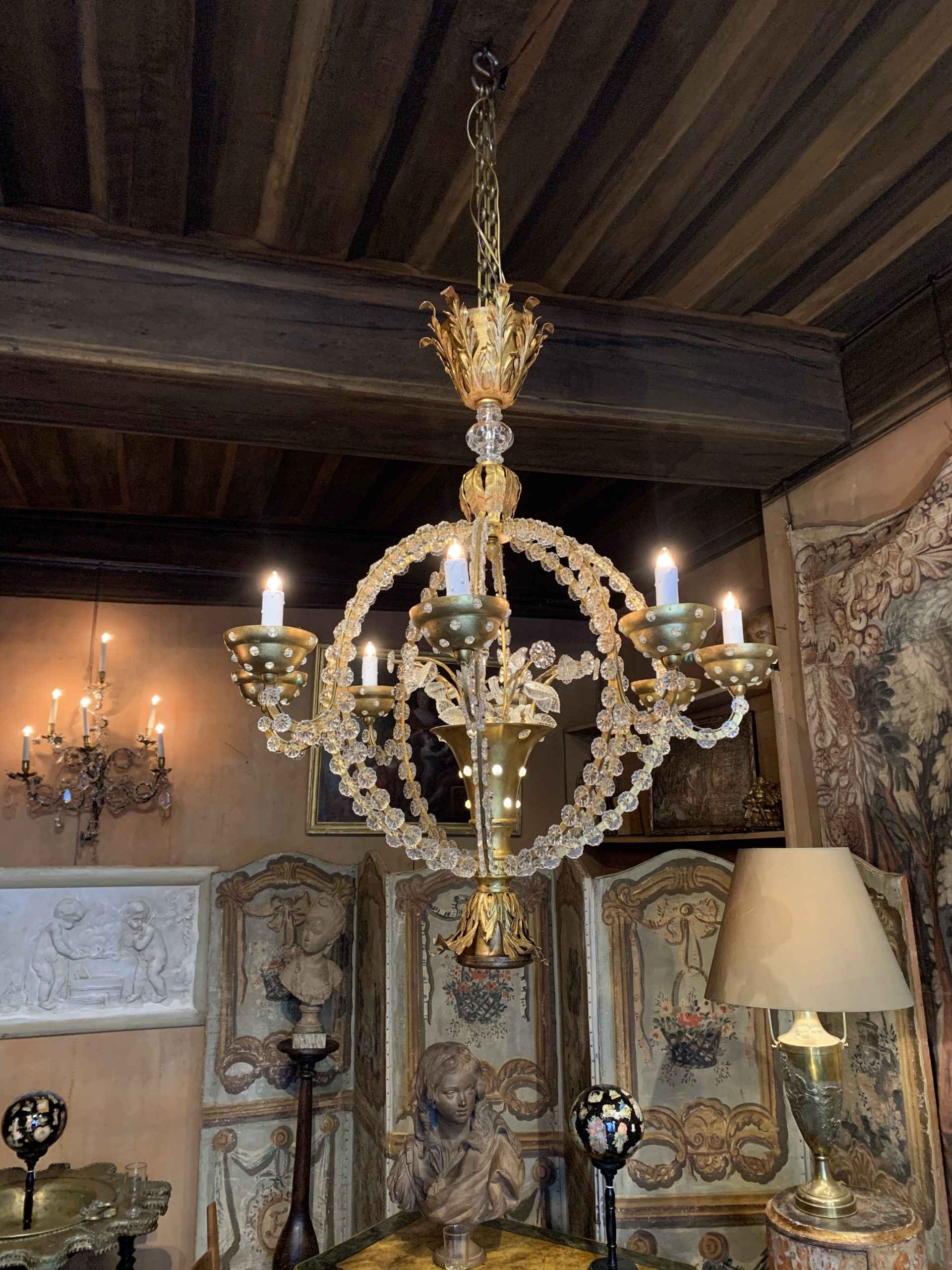 Chandelier in the style of Baguès 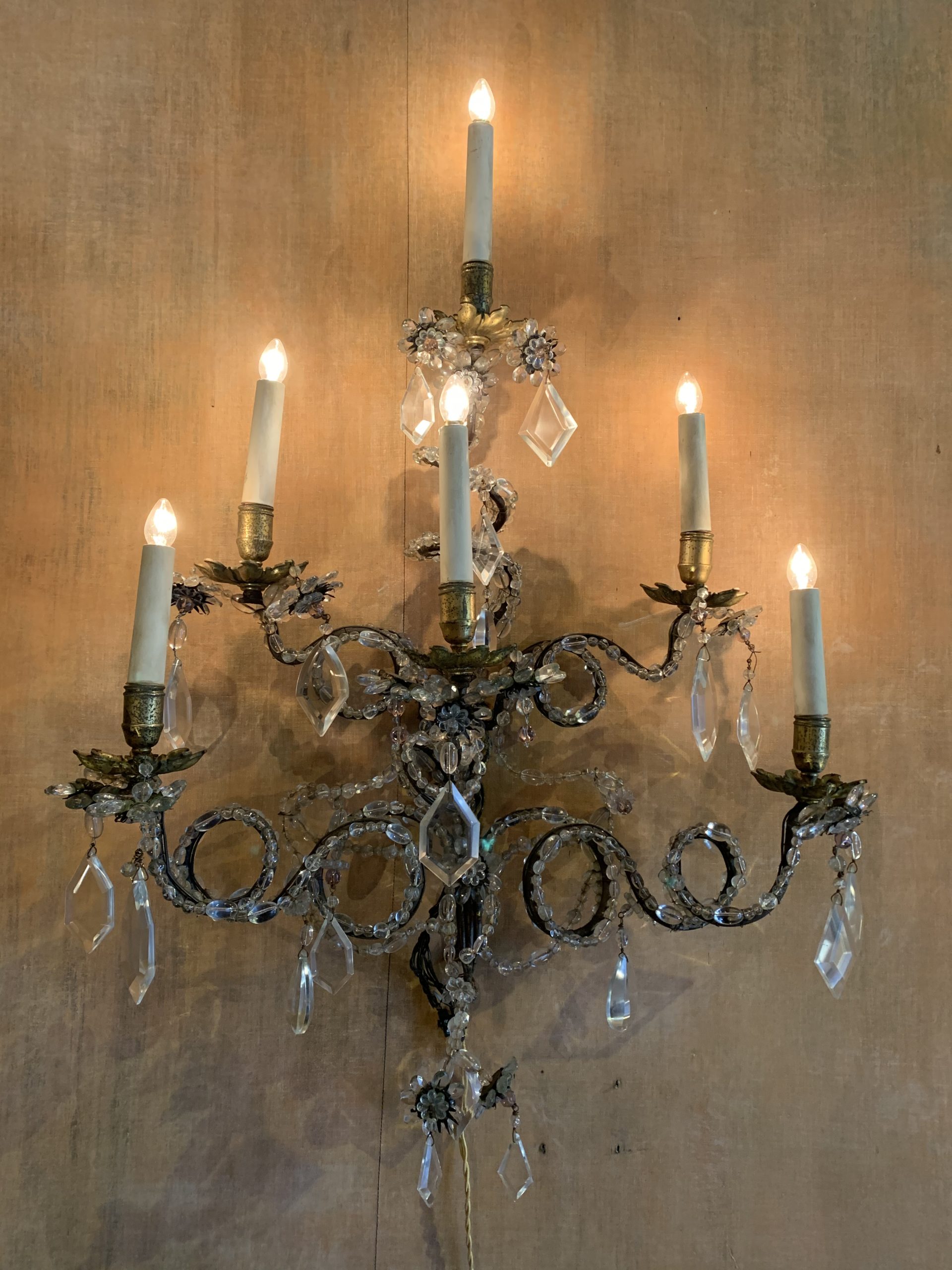 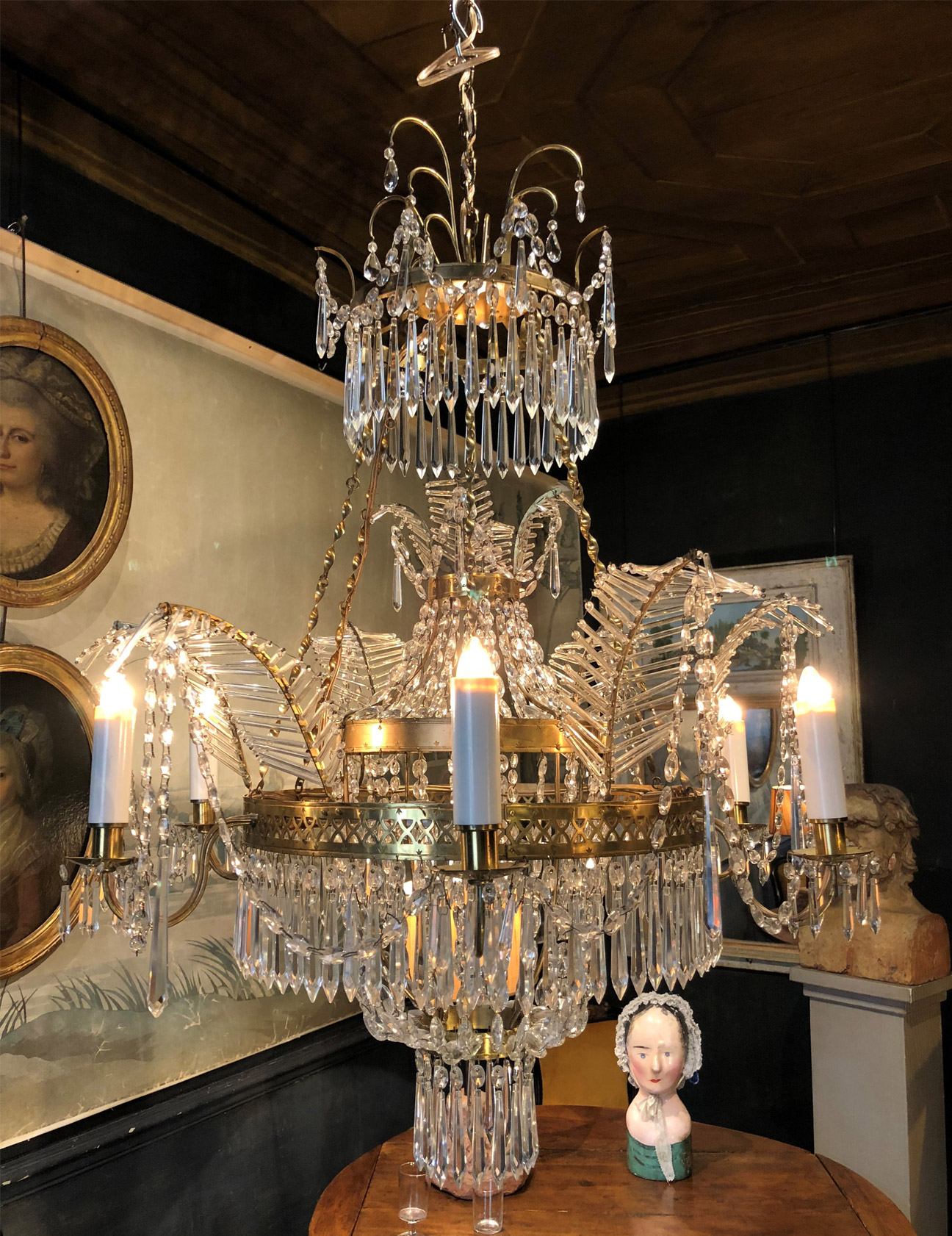