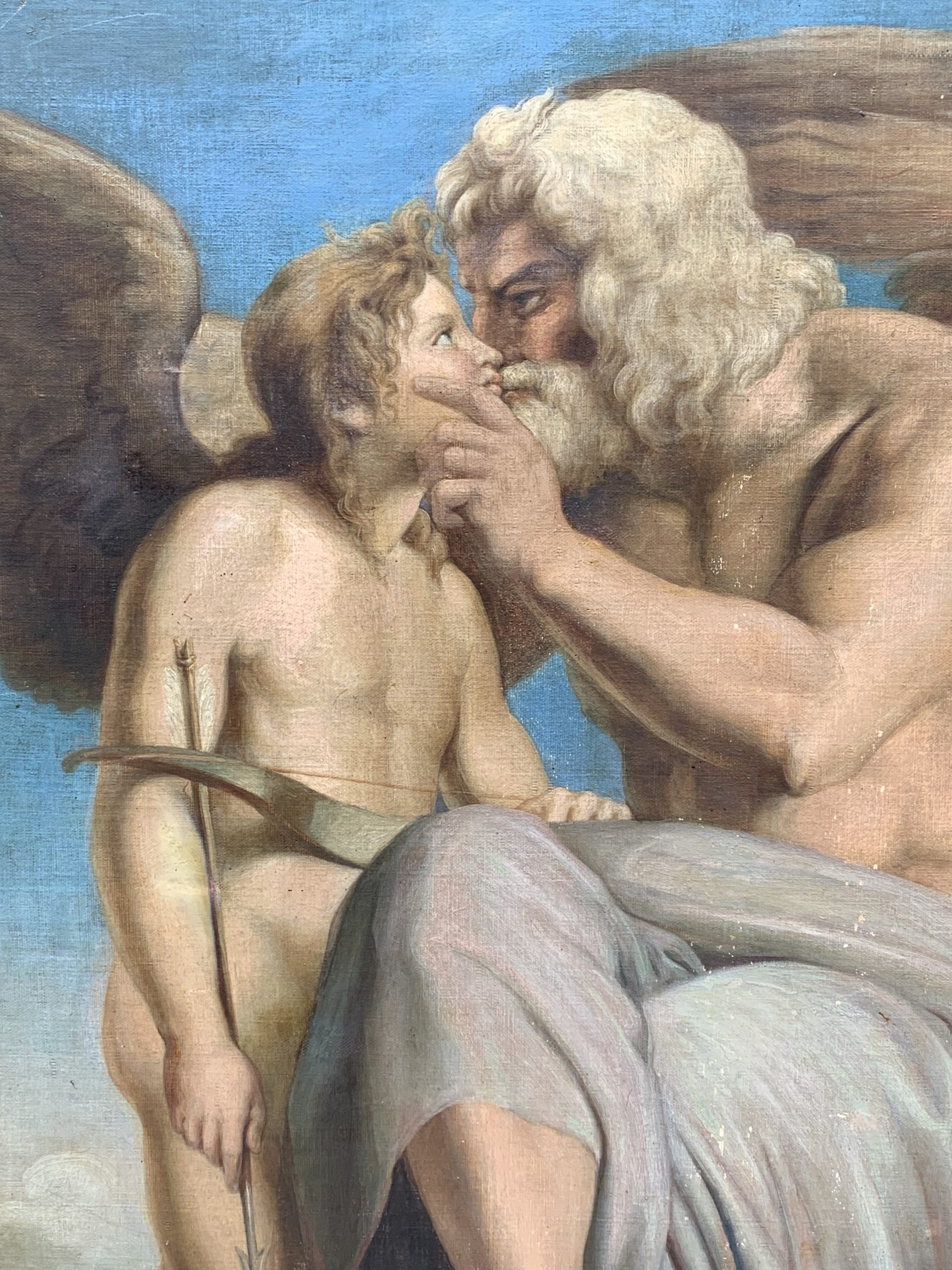 This painting is a 19th century copy of the ninth scene from the loggia of Psyche in the Farnese Gallery in Rome, completed in 1517 by Raphael and his pupils.

In this scene Eros comes to ask Jupiter for clemency so that he immortalizes Psyche. Jupiter then warns Eros and explains to him what it means to love a human. We find the attributes of Eros, the wings, the bow and the arrow.
The latter is turned towards Olympus where he will live his love with Psyche. We can recognize Jupiter by its eagle holding lightning in its beak.

History of the Loggia di Psyché:

The loggia di Psyché is made up of twelve scenes that count the love story between Psyche and Eros. Psyche was the daughter of a king. She was of great beauty and men admired her to the point of deserting the temples of Venus. Annoyed Venus sent her son Eros to punish Psyche by making her fall in love with a hideous monster.
Eros, too, captivated by her beauty, could not bring himself to do so. He made the decision to prick his index finger with his own arrow, which had the instant effect of increasing tenfold the love he felt for Psyche.

Venus sought help from Jupiter and Mercury to help her find Psyche. Psyche went to Venus on the advice of Juno the goddess of marriage and childbirth. Venus entrusted him with four missions of great difficulty.

But Psyche succeeded in each of the tests and Venus was horrified by the prowess of her rival. Eros went to Jupiter to make Psyche immortal and to calm Venus.

It is this scene that our painting represents. Jupiter frowns as he warns Eros. But Jupiter was very kind and accepted the request. Eros and Psyche with the blessing of Jupiter succeed in getting married. Psyche becomes immortal by drinking the cup of ambrosia. 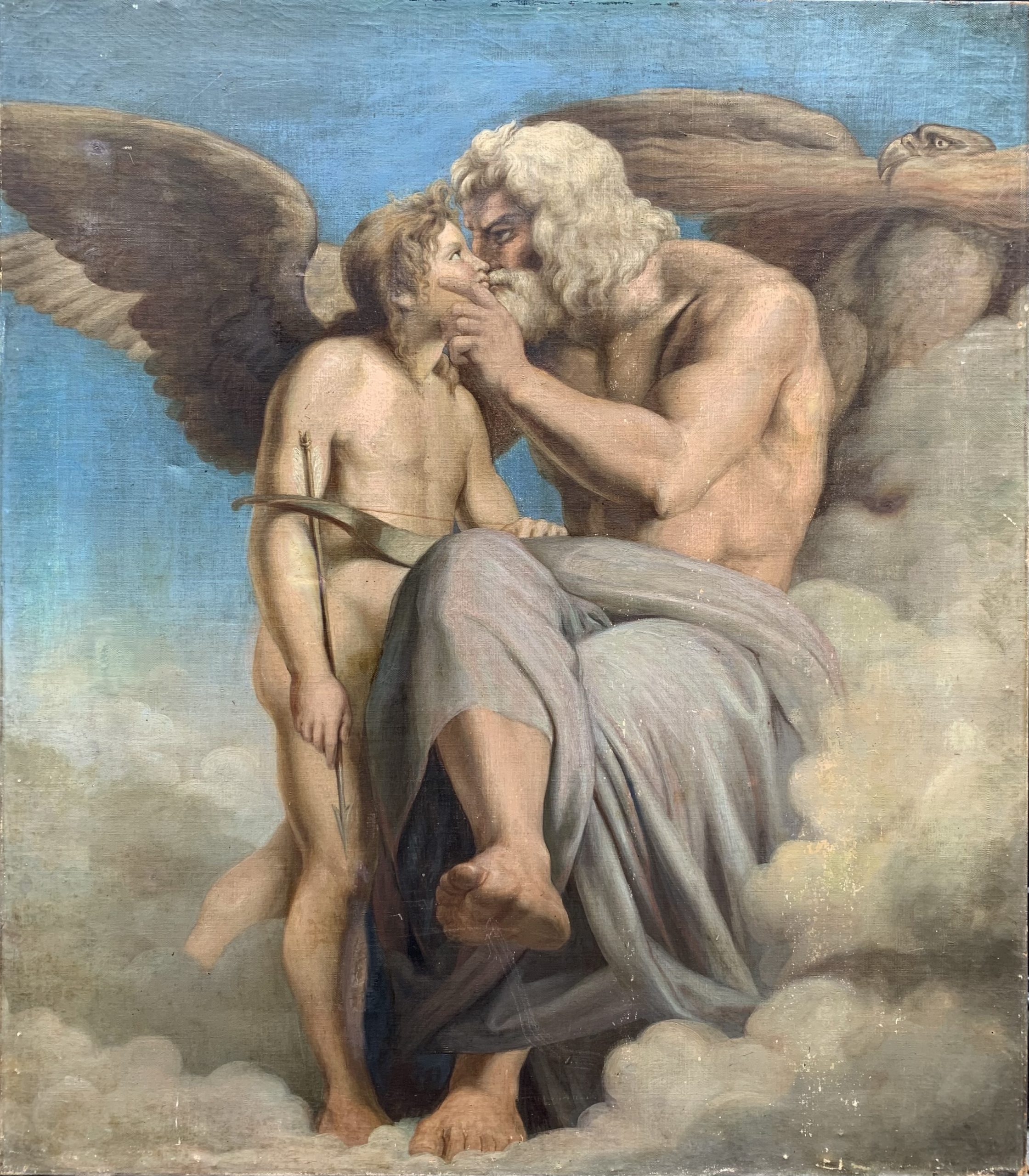 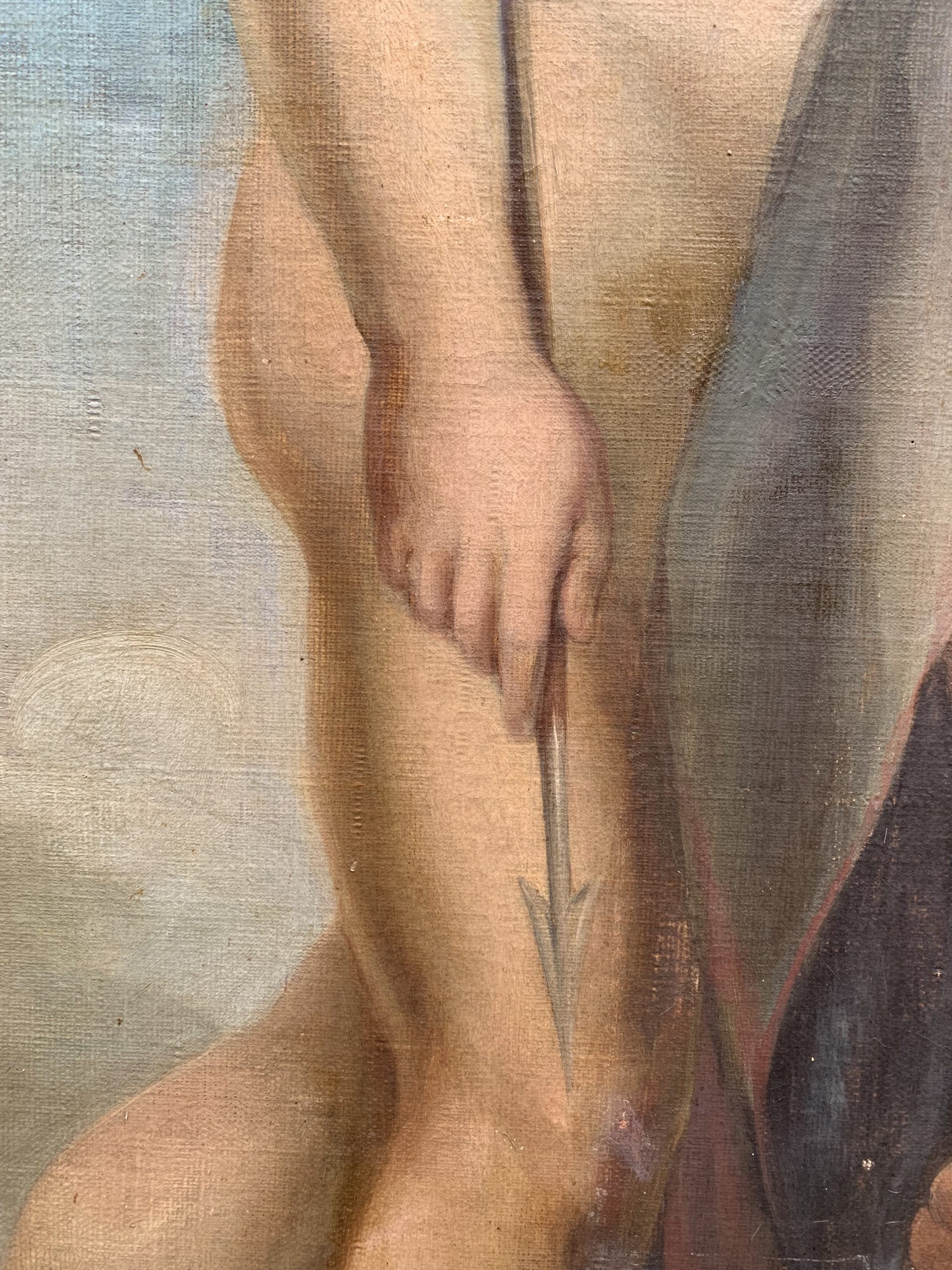 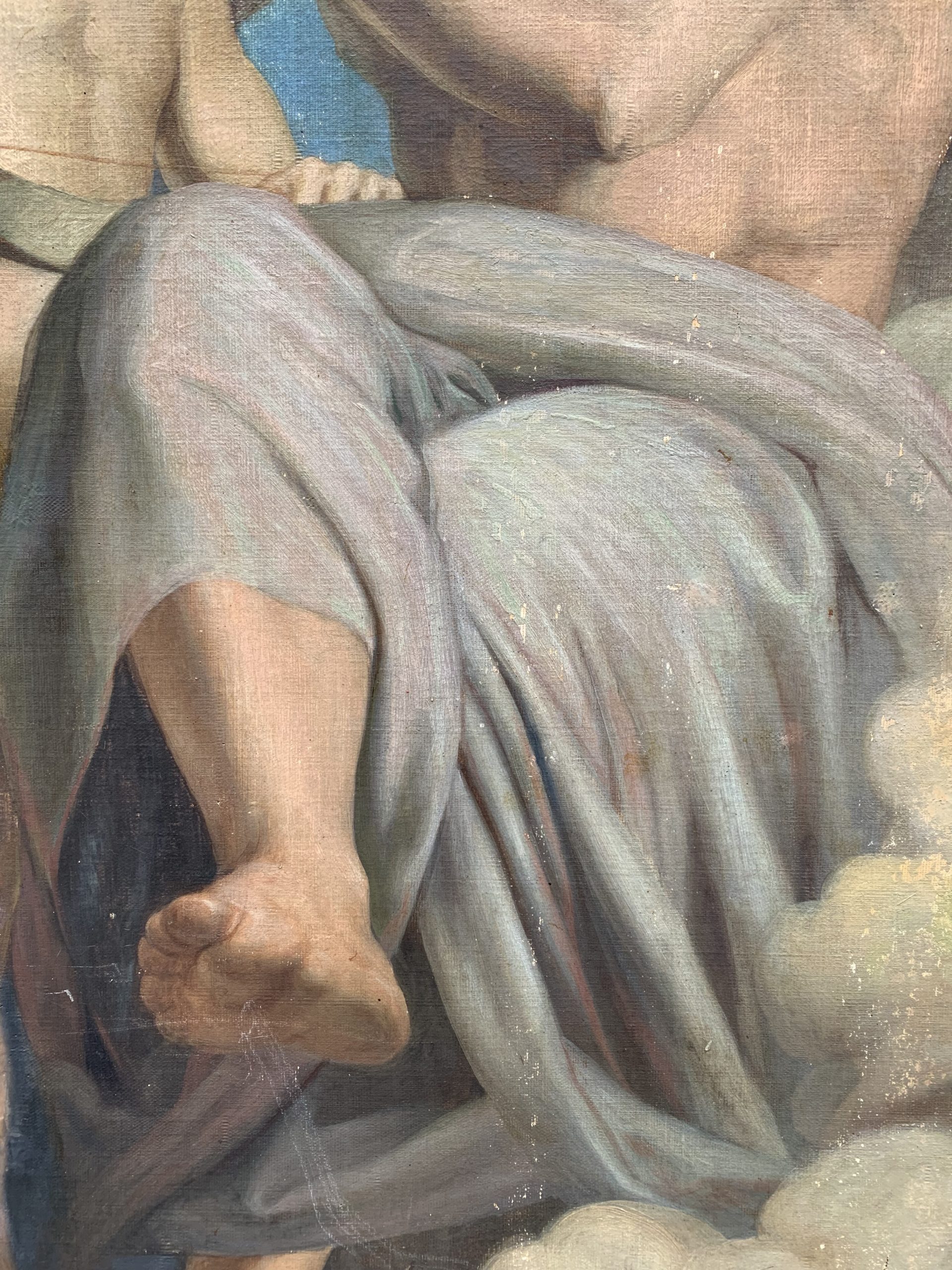 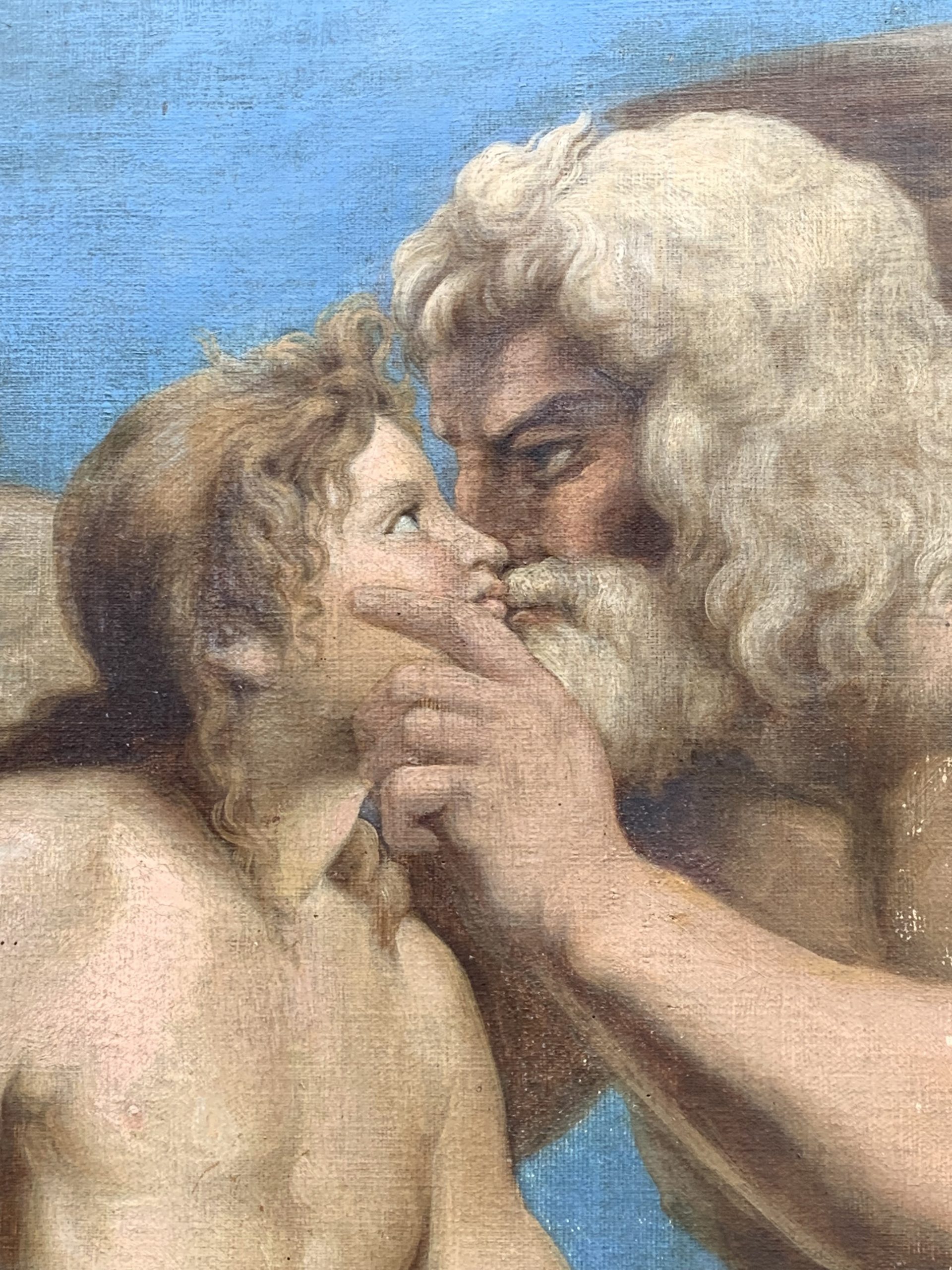 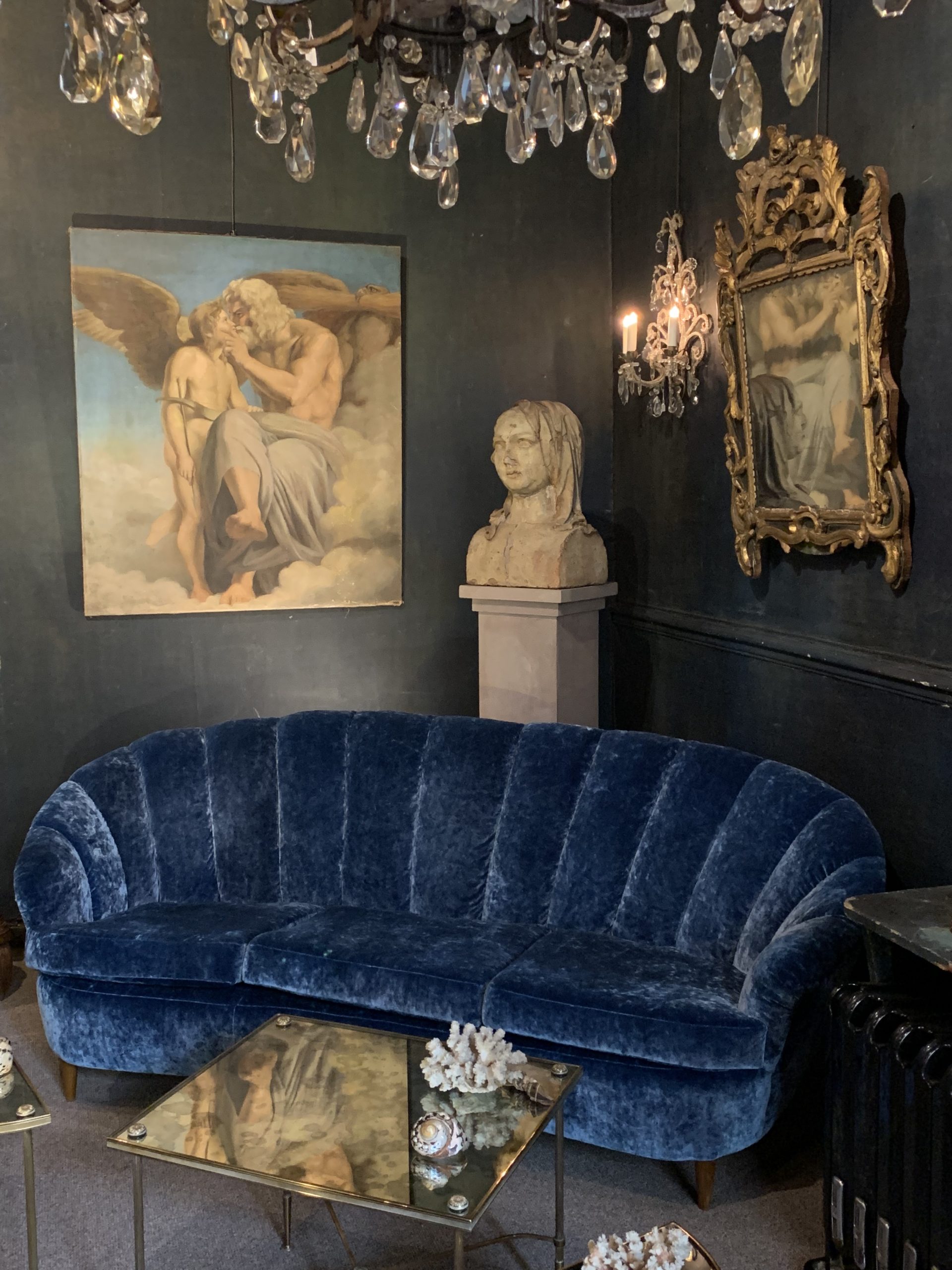 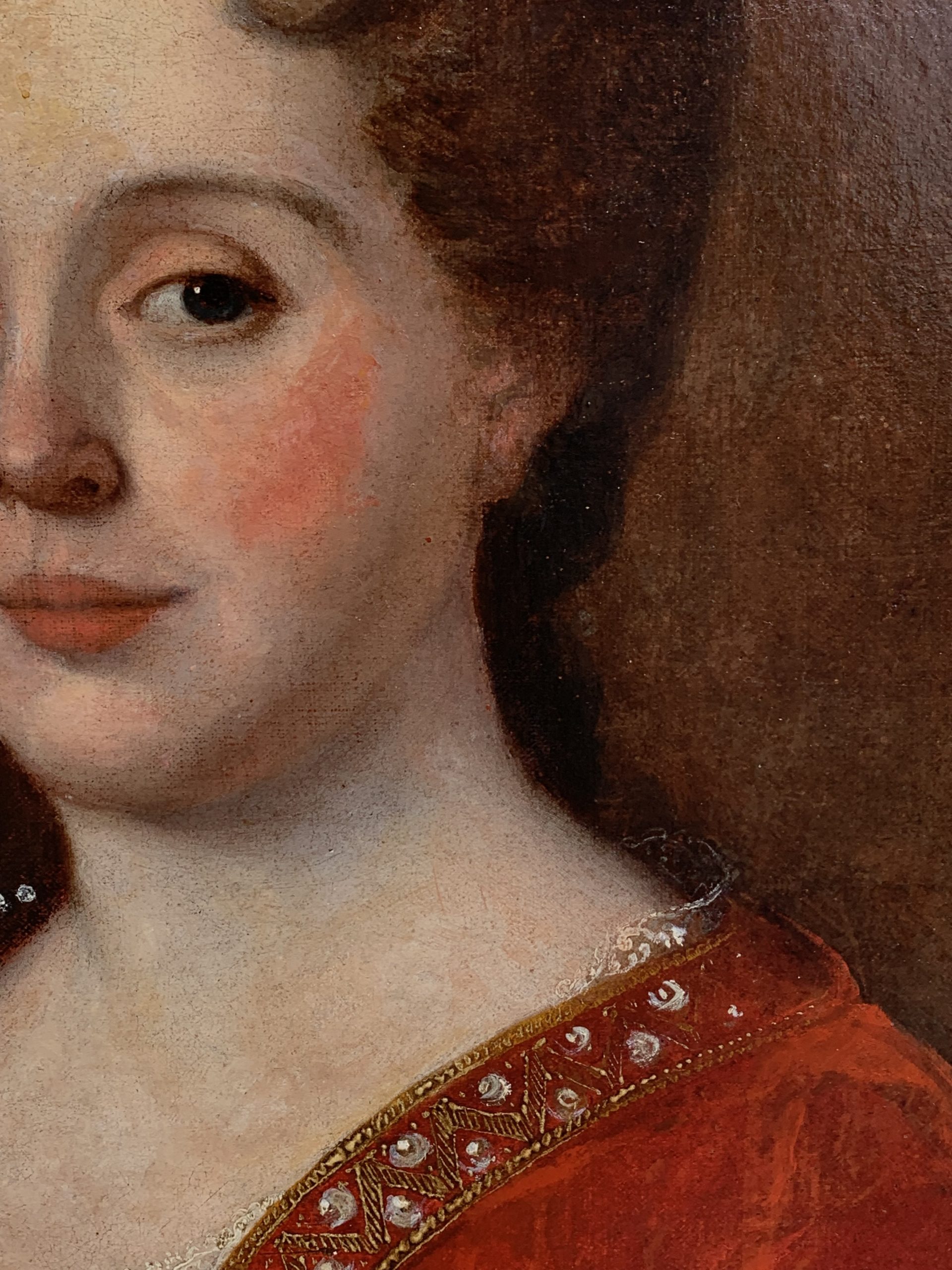 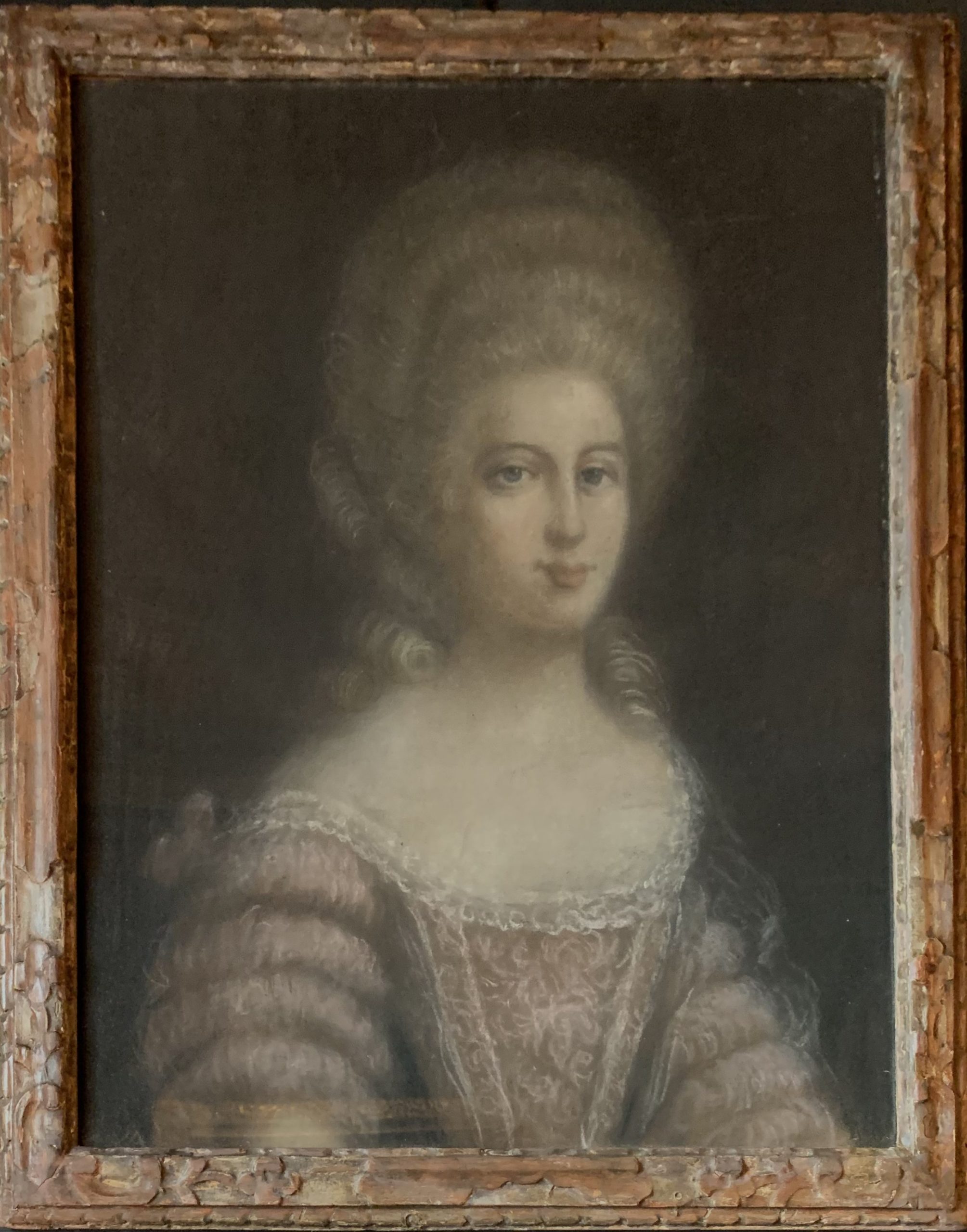 Portrait of a lady of quality in pastel 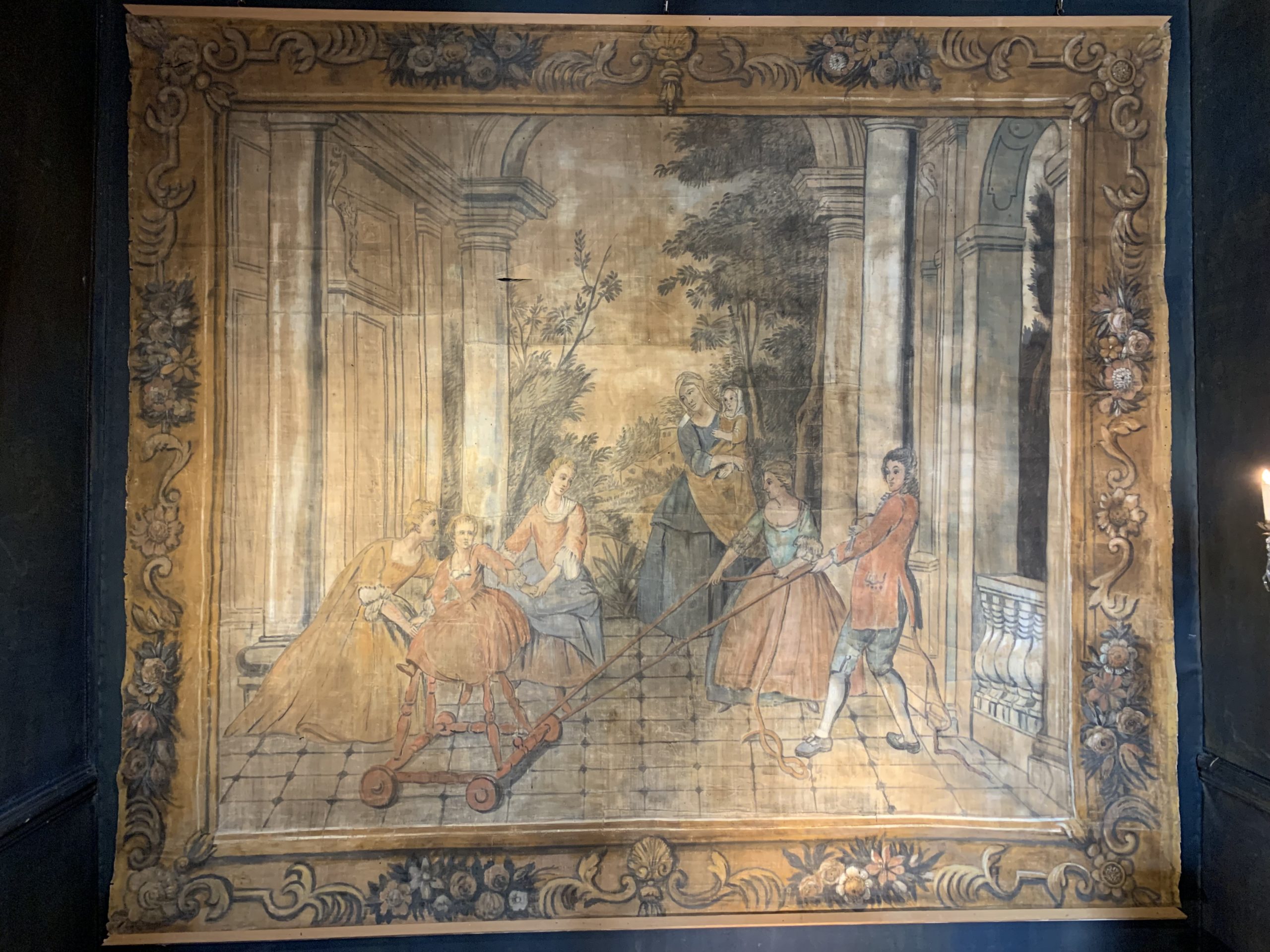 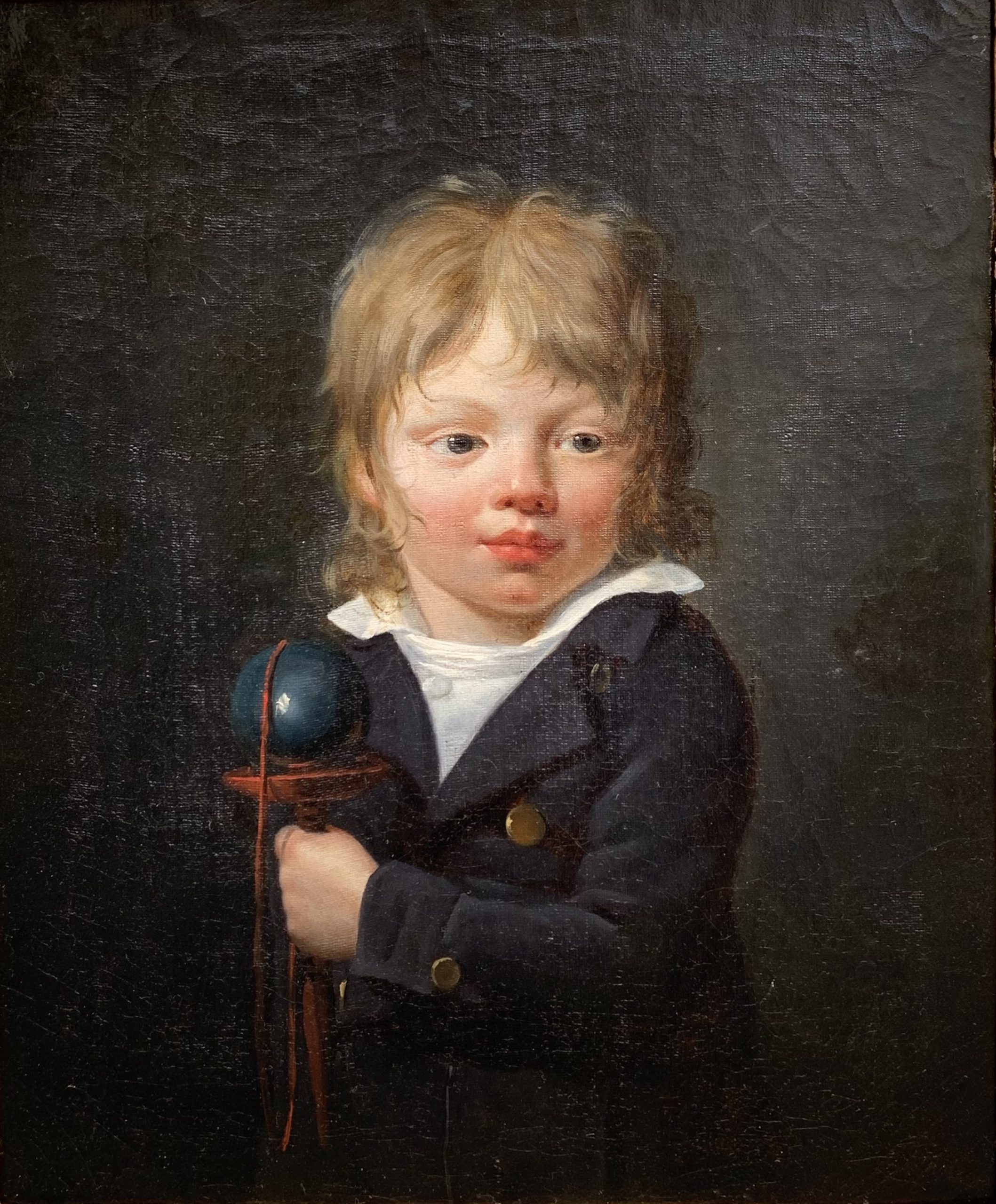 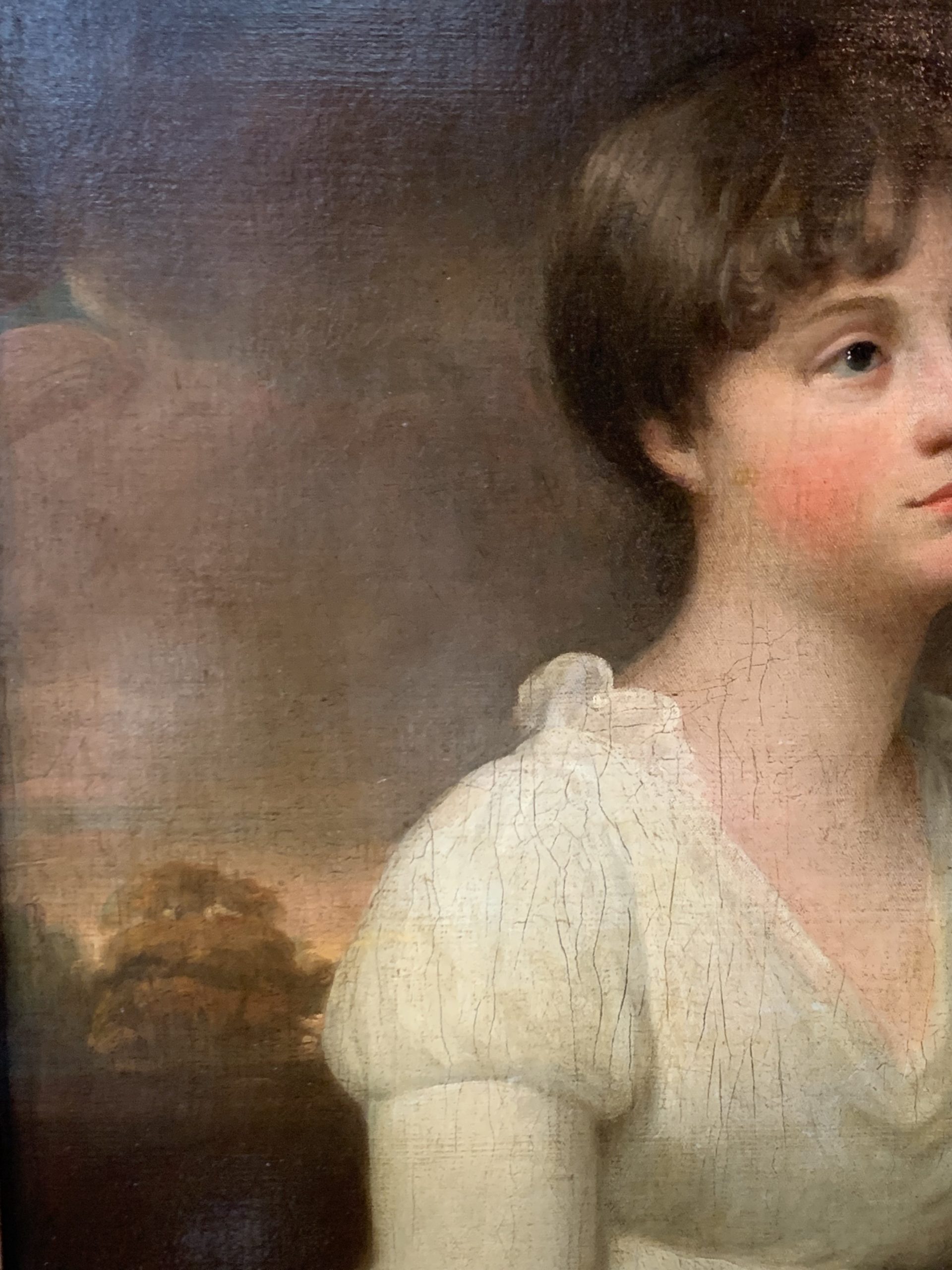 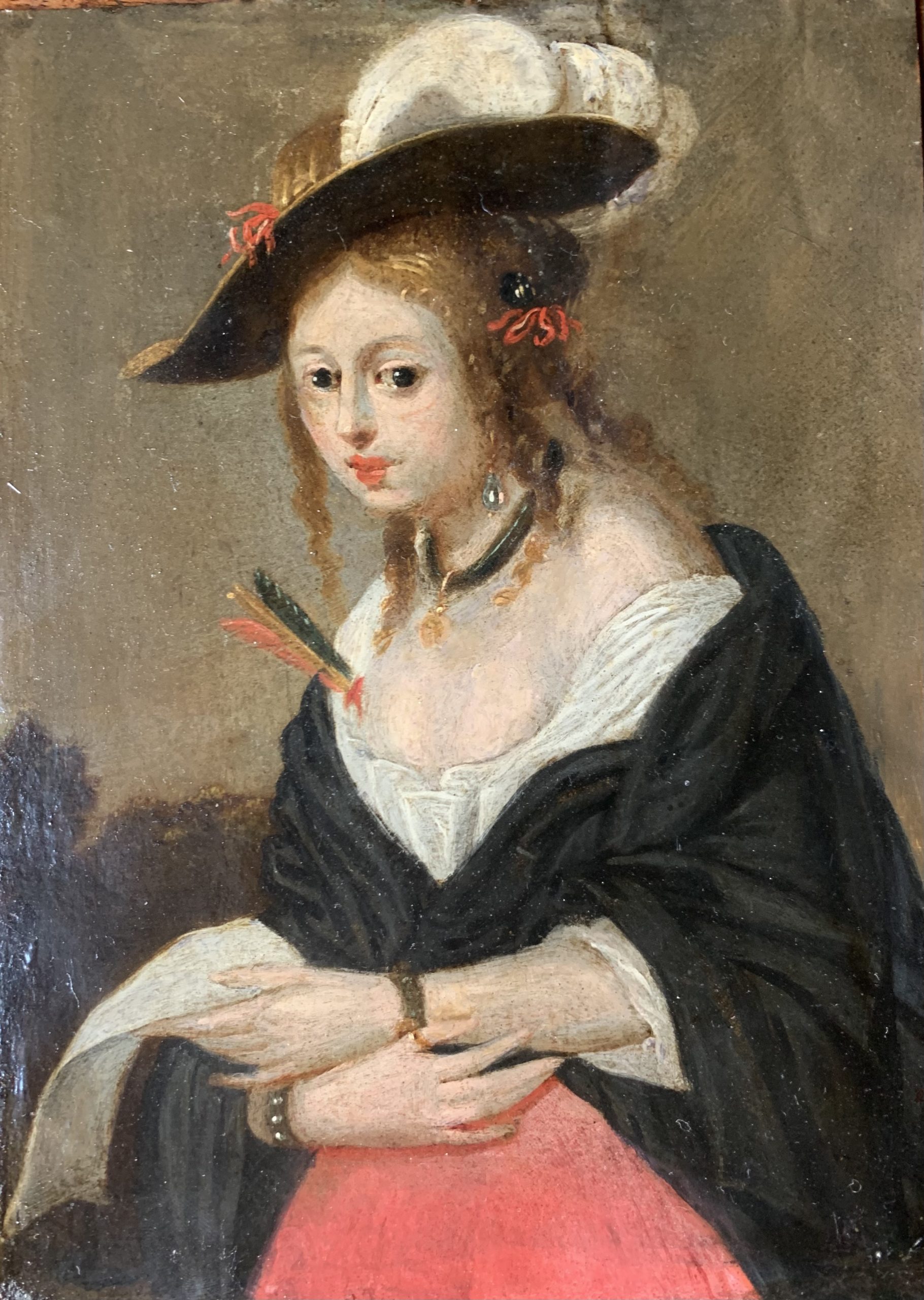 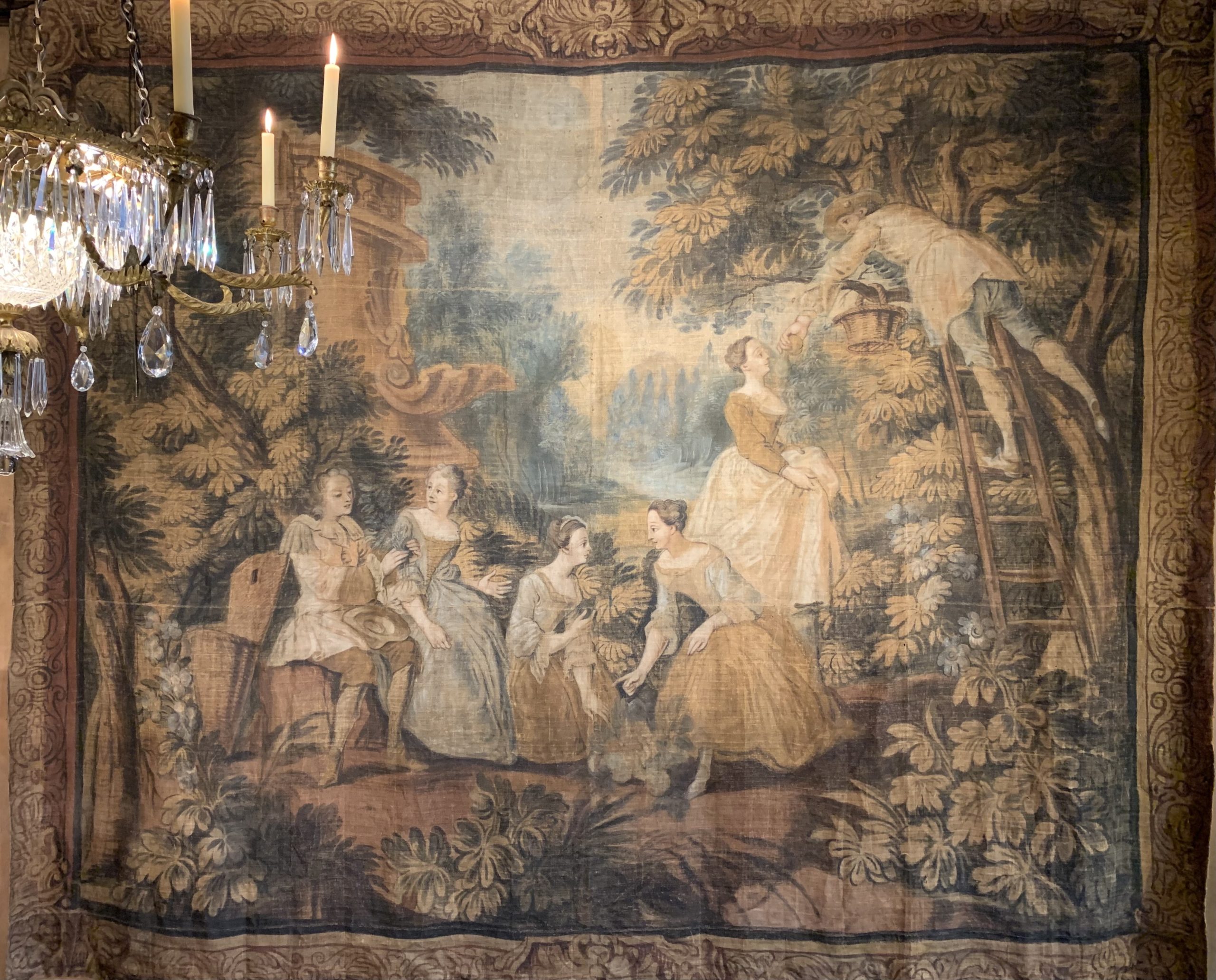 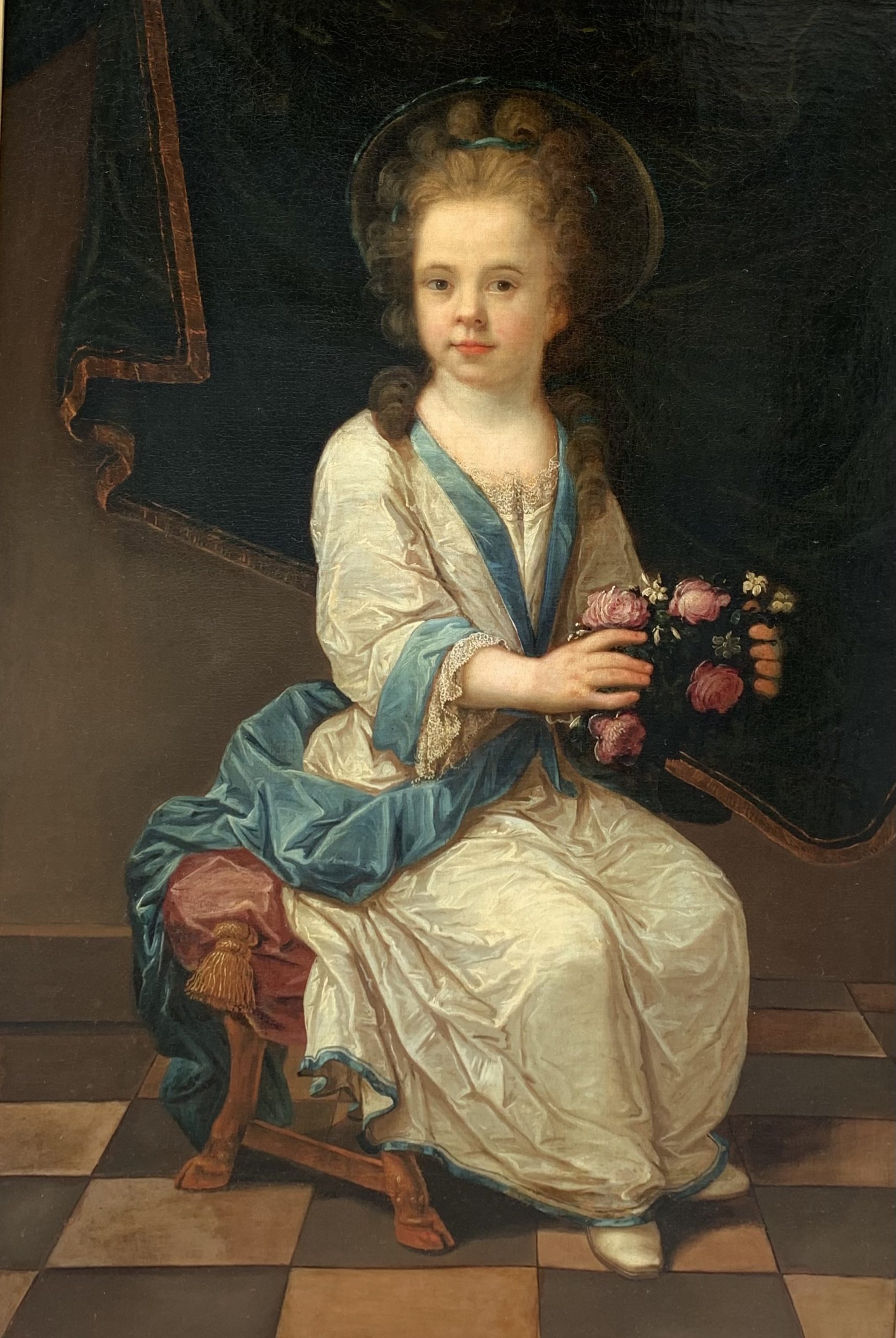 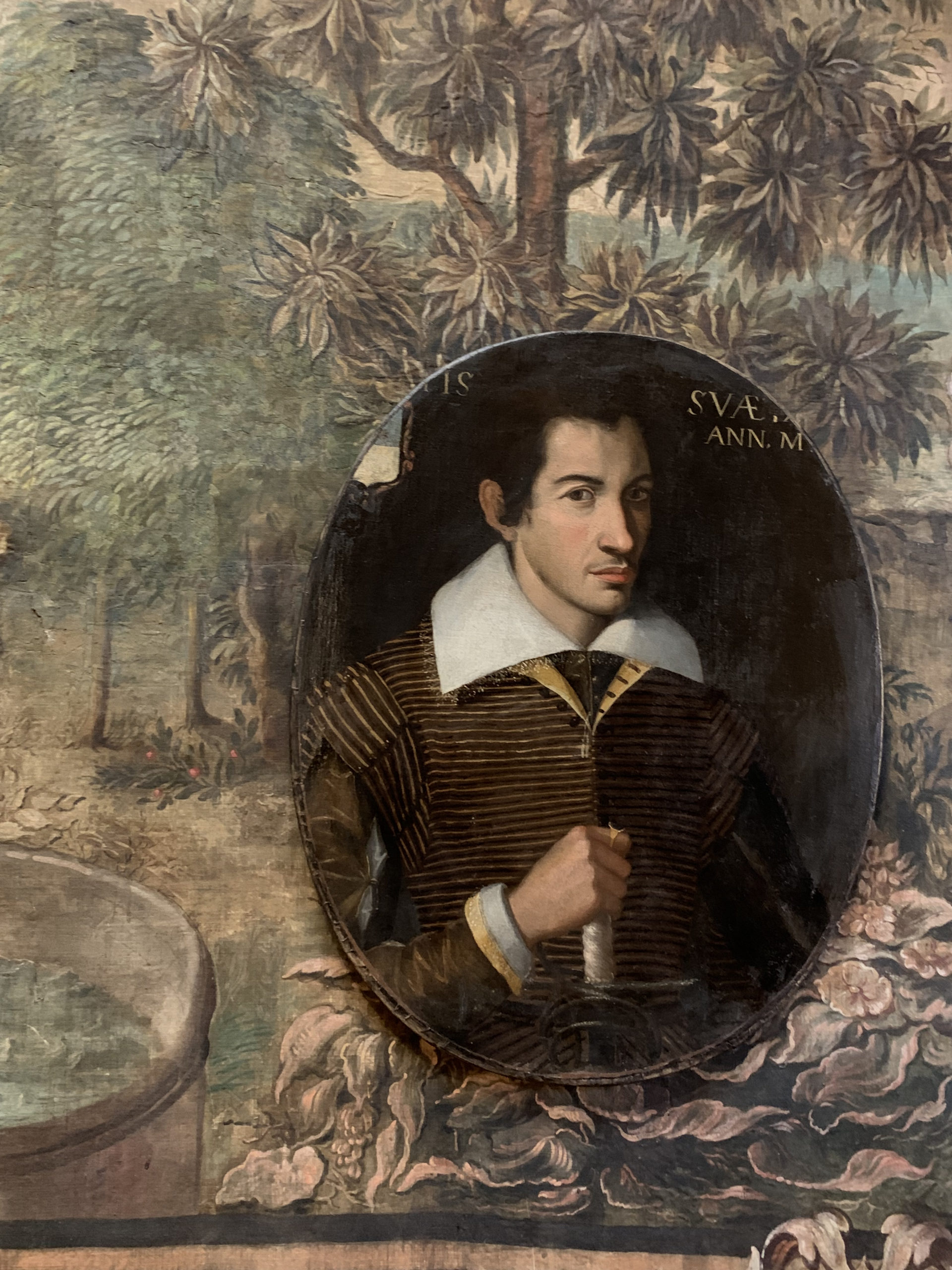 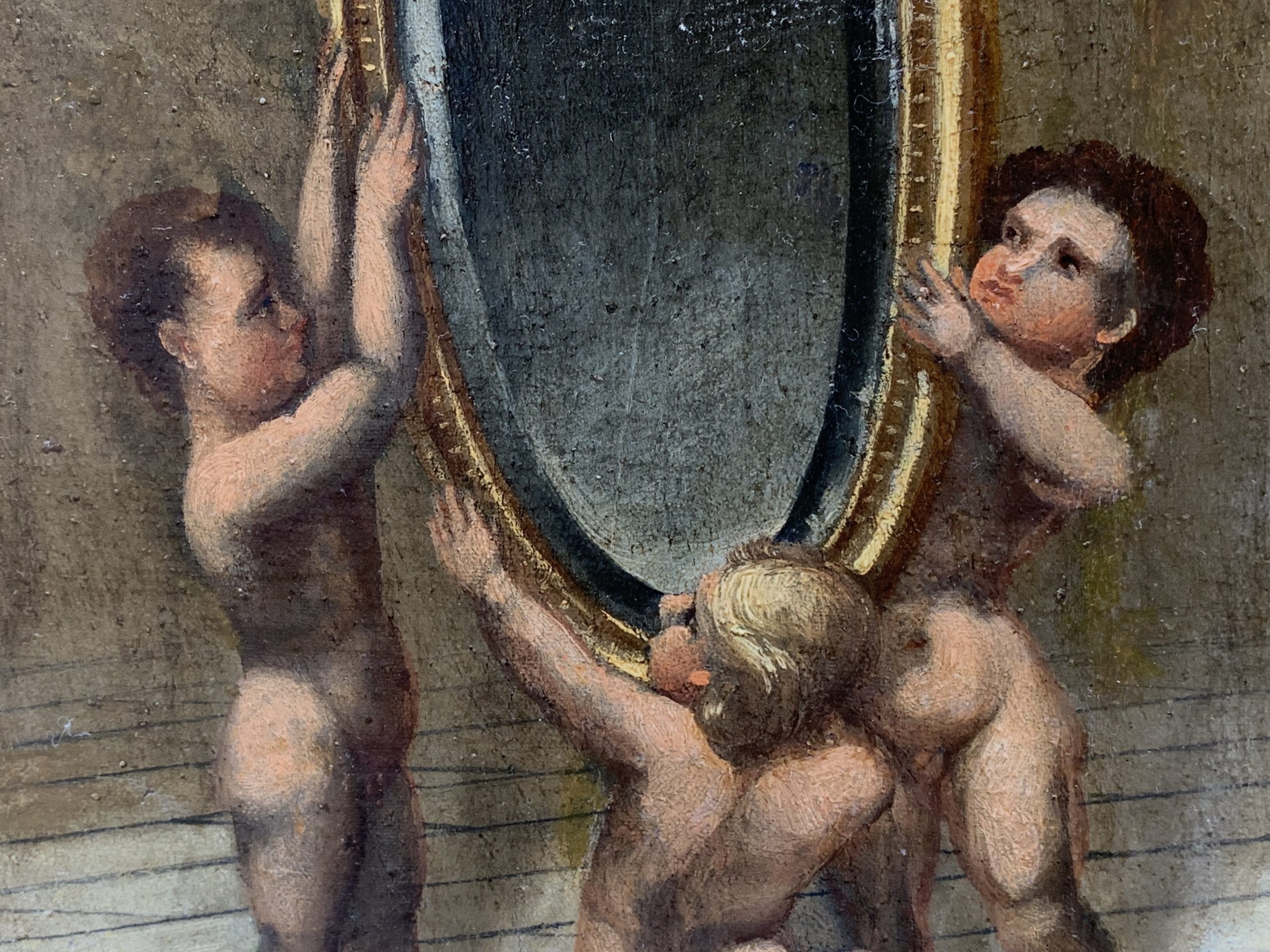